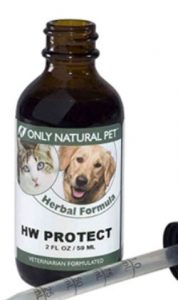 Veterinarians and pharmaceutical companies have teamed up in a marketing campaign to frighten pet guardians into giving year-round heartworm preventatives to both dogs and cats. They say they’re doing this to improve protection for individual pets, but the facts say they have other motives.

Except for the warmest parts of the U.S., heartworms are a completely seasonal problem. There is no reason to give heartworm medicine to most pets year-round (except to make money for those who make and sell it!).

Heartworms are transmitted by mosquitoes. Heartworm larvae, called microfilaria, live in the blood and are sucked up by the bug. Once inside the mosquito, they must further develop before they can infect another dog. For that to occur, outside temperatures must remain above 57 degrees F. day, and night, for a certain period of time. The warmer the temperature, the faster the larvae will mature. If the temperature drops below critical level, larval development will stop; but the larvae don’t die – development will re-start at the same point when the weather warms back up. Larvae reach their infective stage in 8 to 30 days (the latter being the entire lifespan of the average mosquito).

In many areas of the country (northern and mountain states, for instance), such warm temperatures simply don’t exist for most of the year and sustained warm temperatures don’t occur until at least June. In fact, only in Florida and south Texas is year-round heartworm transmission possible. Within 150 miles of the Gulf Coast, heartworm risk exists 9 months out of the year. In the rest of the country, heartworm transmission is possible between 3 and 7 months out of the year. Hawaii and Alaska have each had a few cases of canine heartworm, but the incidence in those states is very low.

It should be obvious that during seasons where there are no mosquitoes, there is no risk of heartworm. Evidently that little fact escaped the attention of the veterinarian who prescribed heartworm protection – in December – for a puppy living high in the Colorado mountains. At that altitude, temperatures are never warm enough for heartworms!

When an infected mosquito bites a dog or cat, the microfilaria is deposited on the skin, where they crawl into the bite wound and enter the bloodstream. Inside the body, they grow and progress through other larval forms. In dogs, the heartworm’s natural host, larvae migrate to the heart and eventually develop into adult worms, reproduce, fill the blood with microfilaria, and pass it on to the next mosquito.

Heartworm preventative drugs do not kill adult heartworms, but they do kill microfilaria up to a certain stage of development. Currently it is believed that larvae under 6 weeks old are affected. This means that to prevent heartworms from reaching adulthood, the preventative can be given up to 6 weeks after the mosquito bite and still work. The recommendation is to give the drugs every 30 days, purportedly because once-a-month dosing is easier for most people to remember (and, coincidentally, it also sells more drugs). Preventatives should be given starting 4-6 weeks after the earliest possible infection date and continue 4-6 weeks after the last possible infection date. In most states, protection should be continued through November or December. In southern Texas and Florida, year-round preventatives may be needed. Local conditions may vary from year to year.

The most common preventative drugs for heartworm are ivermectin (Heargard®) and selamectin (Revolution®). While these drugs are generally safe and effective, there are always exceptions. Toxicity associated with ivermectin include depression, ataxia (balance problems or unsteady walk), and blindness, but these are uncommon at the doses used in heartworm preventatives. Selamectin is also used to treat ear mites and some worms; adverse reactions include hair loss at the site of application, diarrhea, vomiting, muscle tremors, anorexia, lethargy, salivation, rapid breathing, and contact allergy.

Update 7/15/2010: The Companion Animal Parasite Council (CAPC) recently reported that mounting evidence suggests that preventatives may be susceptible to a very serious problem: resistance. This is similar to the situation with antibiotics, where massive and unnecessary over-use has caused many bacteria to develop resistance to one or more drugs, creating super-infections, and making many antibiotics useless. The CAPC report states: “There is a growing body of anecdotal reports and experimental evidence that currently available heartworm preventives (macrocyclic lactones) may not be completely efficacious in preventing heartworm infection in dogs. Reports of resistance for dogs in the region [south-central U.S.] have resulted in confusion about how best to prevent infection in veterinary patients.” If ivermectin and related drugs lose their effectiveness, that will be trouble indeed, since these drugs are also used in the treatment of heartworm infections.

Only Natural Pet HW Protect Herbal Formula is a natural product intended for use as a preventative to be used during mosquito season as part of a comprehensive heartworm control program. The formula was designed with two objectives, using herbs that work together to reduce the likelihood of mosquito bites to lower your pet’s risk of becoming infected, and to help eliminate existing larvae-stage parasites in the bloodstream. This tincture was developed to help prevent heartworm infestation using extracts of herbs well known for their mosquito repelling properties, and others well known for their anti-parasitic properties. 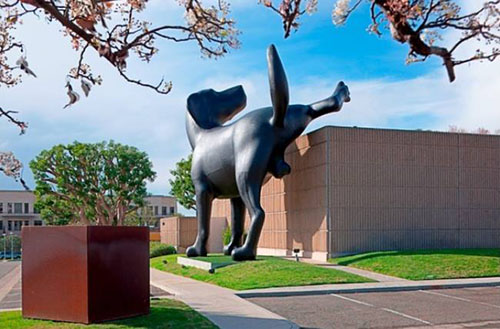 I know at times the embarrassing smell of doggie doo in your home feels like the problem is this big. Just $2.99 will give you a cheap, easy, proven answer.

Here's a proven way to reclaiming a sweet smelling home